The Down To Earth Dad®

Talk to a Dad! 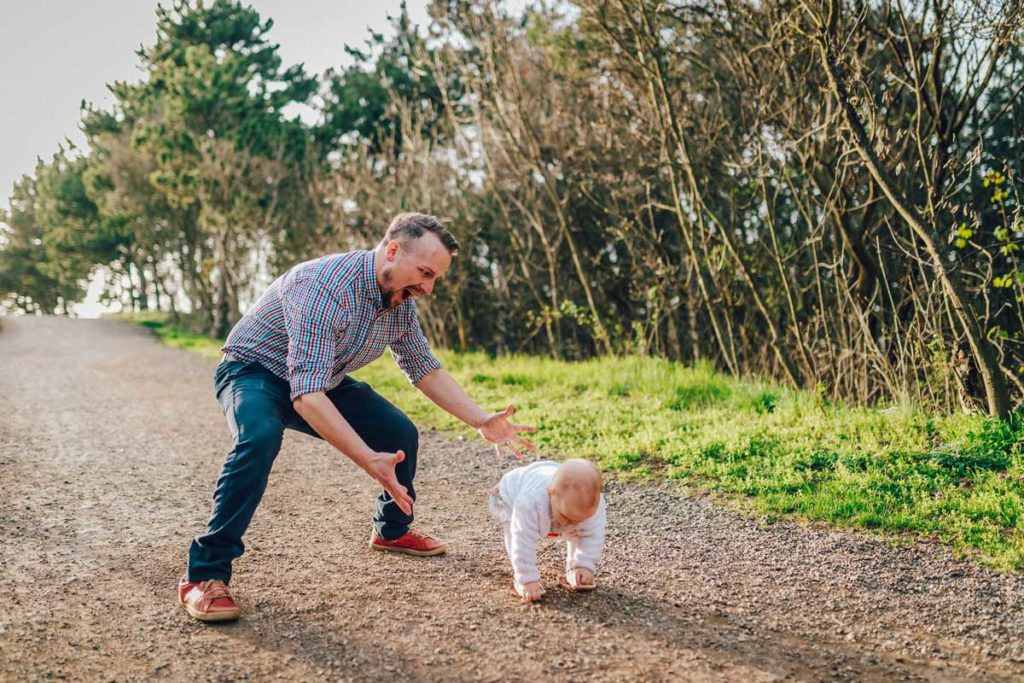 I interview dads monthly for the National Dads Matter!™ Project that I founded many years ago and facilitate today, giving fathers and grandfathers a voice and visible presence in their local communities.

I think it’s vital that experienced parents, grandparents, and other  members of communities take time to approach fathers and engage them  in conversation.  Consider following the following basic steps to get involved doing this yourself.

STEP 2:          Talk to this dad!  Ask at least one question, and make at least one positive, affirming statement about fatherhood in general, and another positive statement about this dad in particular based on something you’ve observed as he interacts with his child.  Now, watch how uplifted he appears to feel.  Voila, you just talked to a dad!

You’re at the coffee shop, and in the corner is a dad standing holding his infant son who’s wearing pajamas.  The mom is arranging sandwiches they just purchased from a nearby grocery store. The parents are attempting to manage all their stuff in a stroller that’s packed to the gills with diapers, food, and bottled water.  The dad is pouring bottled water into powdered formula in a baby bottle.  You say “Hello,” and you ask the dad, “What’s it like having to carry your son and manage all those things at the same time?”

…Then wait for his answer.  You learn the family walks a lot because they have no car.   You mention how lucky the child is to have a dad carrying him everywhere — giving the child a unique vantage point on the world.   “Keep on being a great dad,” you might say.  Perhaps the dad brings the child over to you (as happened to me recently in just such an encounter), and you shake the little fellow’s pajama-clad hand.  That’s it.  You just talked to a dad and affirmed his sense of fatherhood!

You talk to a dad the way another father talked to me recently:  You simply say, “Looks like you’ve got your hands full.  Keep on keepin’ on!”  And that’s it.  This father, who was older than me (and whose children were likely grown) saw me trying to pay attention to my kids while at the same time navigating a full load of merchandise through the aisles at the hardware store while one of my kids was attempting to climb me to be carried.

That dad’s words motivated me, and I’ve been paying it forward.  And now I’m asking you to do the same! : )

You are the Cutting Edge

Twenty some-odd years ago I learned how to overcome public-speaking anxiety during the initial moments when audience eyes fell upon me.  The trick, I discovered, was getting people to look

How to Get Dads More Involved at School

If you want more dads and grandpas involved this February, get them “locked and loaded” in the fall!  Do these four things as soon as possible to involve more dads

Ask Patrick Mitchell to check his calendar against your upcoming event date[s], share your goals, and book him to keynote if you can.

Copyright © 2020, The Down To Earth Dad. All Rights Reserved.